When we talk about sandalwood oil, no doubt many of you are already being transported back to a time where the beautiful aromatic sensation first pierced into your nostrils and lifted your spirits with the tantalising delights of the world-renowned extract.

Well, that may be a bit hyperbolic, but it stands to reason that there are a number of incredibly potent benefits and traditions associated with sandalwood oil that cannot be denied. For better or worse, the extract has a supreme role in the zeitgeist of essentials – and has a long and storied history and levels of significance and importance in a variety of communities from religion to aromatherapy enthusiasts – even those in the beauty industry have their devotion to sandalwood oil.

The overarching question and query that pops up the most in these conversations is really why is sandalwood so popular in so many communities? Is it simply for its earthy and sanctifying scent that comes naturally with it, or is there something underneath it all?

This article will unbox some of the common queries and attempt to understand a little more about the enigmatic and subtle nature of sandalwood oil.

Let’s talk about the plant from which sandalwood oil is derived from to understand a little bit about how this impressive extract is borne. The tree itself tends to grow in mountainous regions, thriving in dry and open-spaced areas particularly. The tree bark has a grey-black smoothness about it as well as low hanging branches. The various flowers that grow on the tree are not fragrant at all but showcase a variety of beautiful colours ranging from yellow to violet.

Sandalwood oil itself can only be extracted from trees that have had a long lifespan, typically the substance only occurs in the tree after being in the ground for 25 years or longer. The continuous flowering nature of the tree is a result of it being labelled as a semi-parasitic evergreen.

This basically entails that the plant itself derives a portion of its nourishment (water etc.) from the surrounding roots of other plants. It is through this semi-parasitic and symbiotic nature of the roots that allows it to garner and create a more wholesome level of sandalwood oil over the long term.

What Is An Essential Extract?

To put it into a clear and concise package, an essential extract, like sandalwood oil, is the essence of a naturally occurring aspect of nature. They can be derived from a variety of aspects in the natural world including the flowers, leaves, bark, or even roots of the plant. It’s entirely dependent on the essential extract that someone is looking to produce as the substance and essence of the plant can be derived from a variety of different aspects of the plant.

The way in which the extract is derived can also vary, there are a number of elegant and efficient solutions to garnering the right extract from plant matter. The most common of which being a steam distillation which essentially uses soft heat and steam to separate the plant material and the extract itself. There is also the process of using solvents and chemical means to extract the substance efficiently.

In the case of sandalwood oil, the typical method of extraction is steam distillation.

Now we get to the fun part, the unearthing of the mystery and solving the mystique of sandalwood oil. The ubiquitous liquid is infamous for its signature scent and hearty aroma, now it’s time to understand a little more about its incredible impact, and maybe learn a thing or two about why it’s so entrancing around the world.

Religions around the world have used sandalwood oil in some form or another in their practices for generations. Hindu cultures have the unwavering belief and carry a certain reverence for the extract – as far as the stories go, the extract was the bathwater used by the Gods themselves which elevated the substance to a mythic status and treated with the utmost respect.

The nation of India, in general, has a renowned and positive attribution to sandalwood oil as well, not only for its religious allegories but also in its practicality in establishing a sense of peace and reverence in general. The emanating scents are said to enhance spiritual radiance in those who breathe in its unique scent. For this reason, it’s considered in the community to be quite an accelerant and supporter of meditation and devotion.

The Ancient Egyptians also had their own respectful devotion to sandalwood oil. Named Chandana in Sanskrit, the extract was an essential aspect of the embalming process which the Egyptians are famous for, it too was burned in celebration and appeasement of their Gods as well.

To this day, there are a number of religious sects that utilise the extract by burning it in an incense form in places of worship to establish and maintain a reverent

In a more modern context, sandalwood oil is widely touted to be a beautifully potent aroma for the use in various forms of aromatherapy around the world. Not only for religious purposes but also in professional aromatherapists working spaces – the extract when burned via incense or through a diffuser has some incredibly potent effects on the users.

This is actually one of the reasons it is considered to be one of the most popular choices for incense sticks – the sweet and uniquely beautiful aroma is tough to compare to any other essential on the market for its overall feeling of calming and nurturing sensations.

While the use of it as a medical practicality has been debunked by a lot of modern medicines, there is still room for sandalwood oil in everyday life – especially when it comes to beauty and skincare treatments. The overall scent profile of sandalwood oil is already a tick in the right box for many people as its incorporation with skincare products and lotions are rather easy to perform thanks to its very compatible profile and intermixing ability.

There are a number of skincare treatments that espouse the beautifully enriching components of sandalwood oil, as well as leaving a musk and after glow that can only come from a natural source. There are even some who have made the claim that sandalwood oil has assisted them greatly as it pertains to anti-aging and skin nourishing components of the extract.

Some Ideas For You

Now that there are some establishing characteristics on the cards, it’s now time to experiment a little for yourself! Sandalwood oil is relatively inexpensive as far as essentials go and have a very diverse and historical set of uses that are waiting for you to try. From adding a few drops to your diffuser and enjoying some well-deserved meditation, to incorporating it into your skincare regime to feel a little more naturally nourished – there really is no end in sight for the many uses of sandalwood oil. 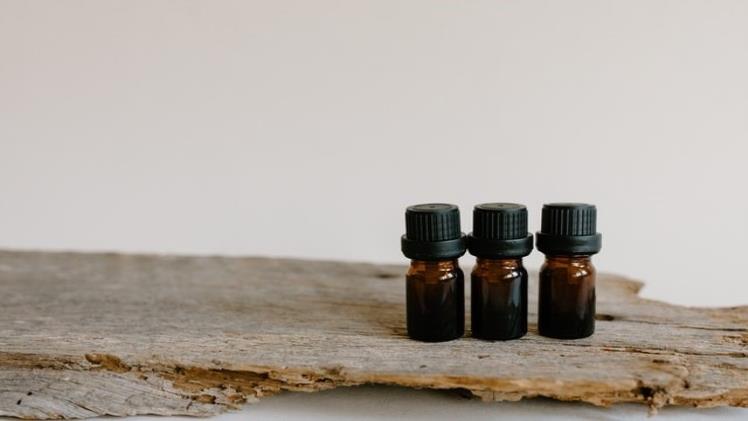